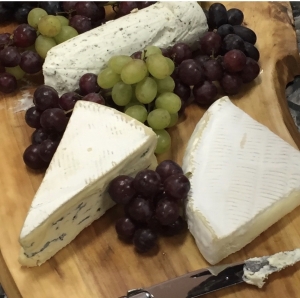 Cheese preparation 101: Variety is the spice of life!

Cheese. Any way you slice it, it’s always the same: delicious! When I think cheese, I think France, as the French produce so many different kinds (more than 350!) and take them very seriously, but there are many other kinds of cheese from other countries to be explored. (It’s worth noting that the French never serve cheese before a meal, as Americans do; they think it’s too filling to serve as an appetizer. Instead, they serve a selection of cheeses after the meal and before dessert.)

Visit your local cheese store to learn more about this fabulous food in all its complexity and variety. And to give cheese the respect it deserves, consider these tips for your next cheese offering:

Remember: Be on your best Brie-havior!