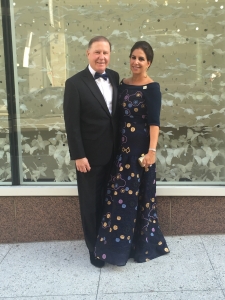 My husband John and I at the San Francisco Opera Opening, 2017.

As a college music major, classical pieces are the end all for me. At the San Francisco Opera opening last week, the pre-performance was spoiled by a group of hecklers who attempted to spoil the experience.  Luckily, the interruption was temporary.  In this day and age, when it comes to live performances we all need to be reminded that phones (and mouths) should be turned off before the concert begins. But it never hurts to brush up on your etiquette before you leave the house: