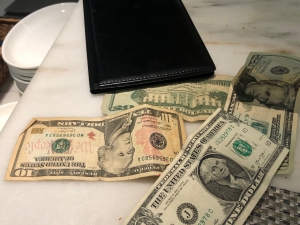 When paying the bill for a business event, never have your money strewn about.

We’ve all made them, and they can be costly, not only to your reputation but to your bottom line. To avoid mistakes in the future, here are some important rules to follow in the business world: