My dear friend Merla Zellerbach died six years ago.  Merla was a mentor to me, and gave me my first writing assignment at the Nob Hill Gazette where she was Editor-in-chief.  She was a force in her own right:  Attended Stanford, wrote 13 novels plus 5 self-help books, and was a longtime panelist on the television show Oh My Word.  In addition, she was a columnist at the San Francisco Chronicle. 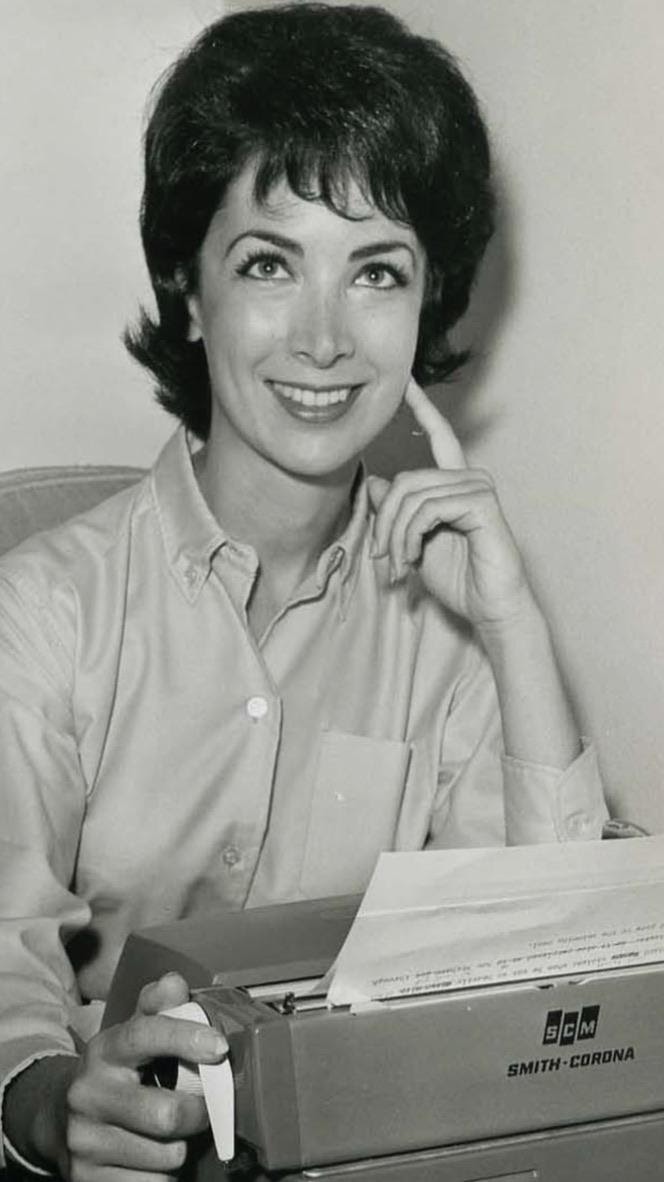 My writing assignment was a story about women marrying for the third time or beyond.  Merla had a grand sense of humor.  For my byline she suggested “Always a bridesmaid, never a bride.” This was before my 2001 marriage.

Merla spearheaded the Death with Dignity movement in California, and she worked very hard with an organization called Compassion and Choices. Merla’s own family members had suffered prior to their death, so she felt strongly about dying with dignity for the terminally ill.  She had known Dear Abby’s mother Pauline Phillips who wrote under the pen name of Abigail Van Buren.  The senior Phillips had suffered many years from Alzheimer’s, so Merla had asked her daughter Jeannie Phillips to be the afternoon speaker. My husband was also a proponent of this cause, so when Merla told us about Dear Abby’s visit, we offered to host a dinner for her the evening after the fundraiser. 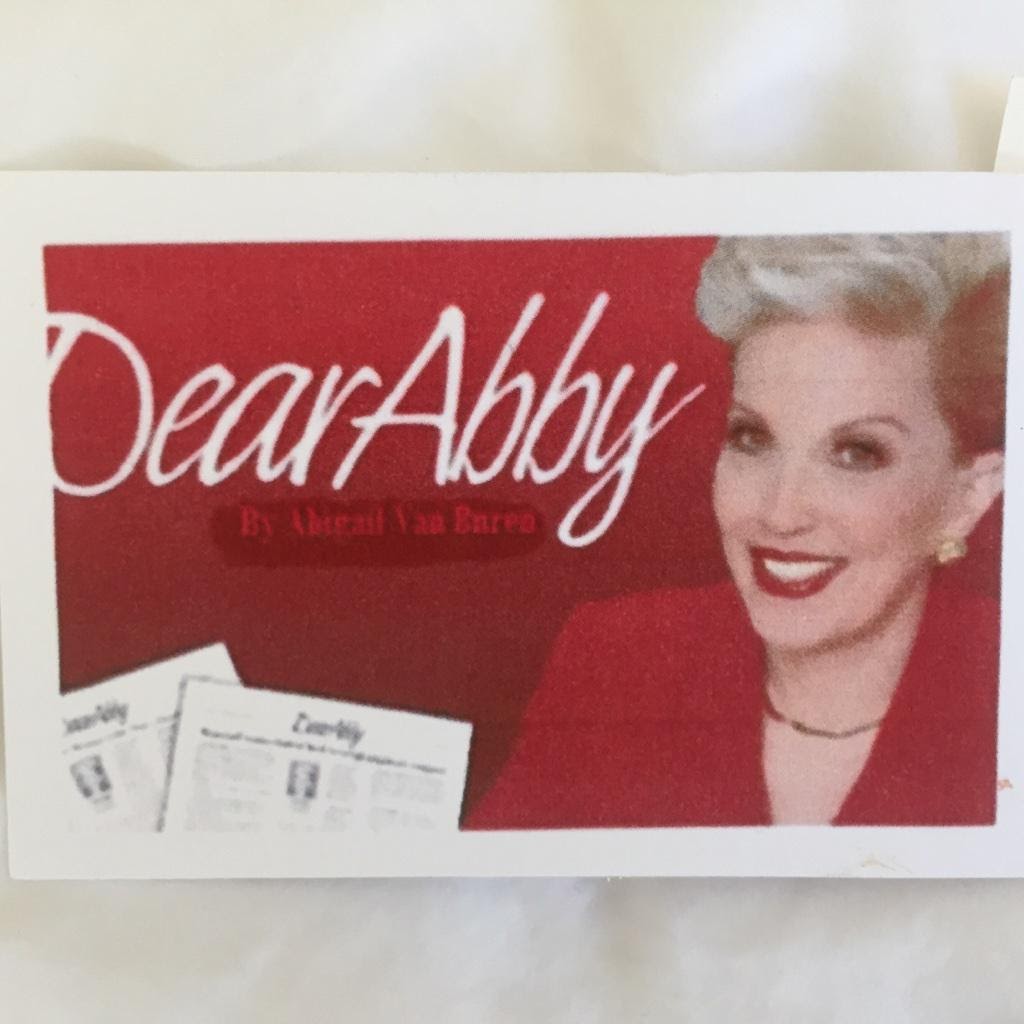 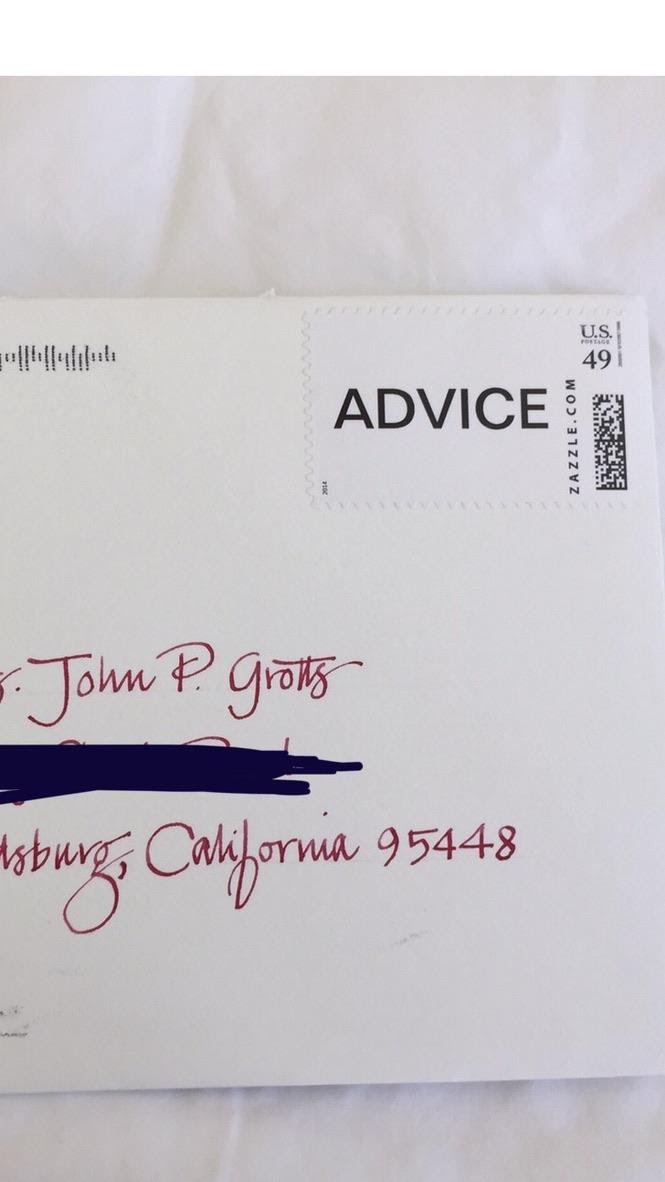 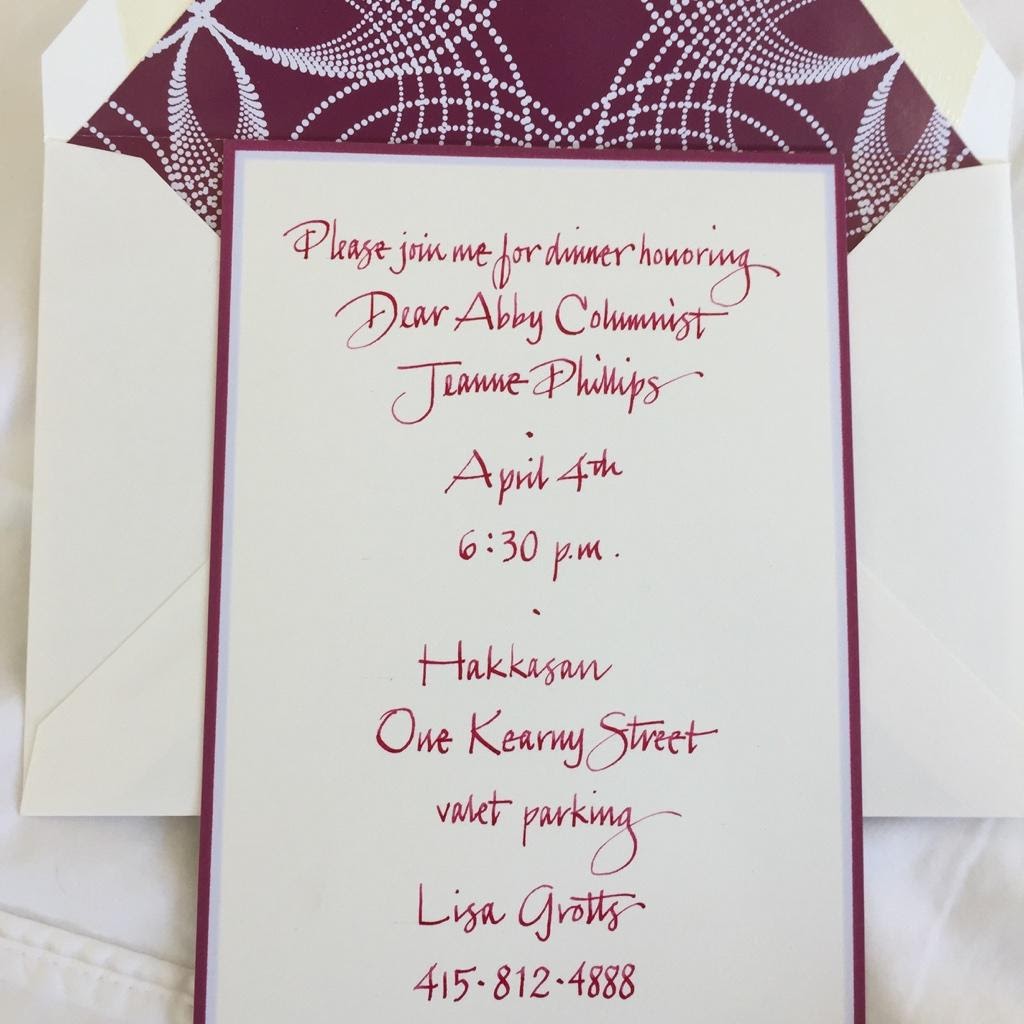 I always felt that my etiquette advice was more practical like a Dear Abby.  Once we met I could see why her syndicated column and her mother’s before her remain popular.  Her writing style is down to earth and so is her personality. She was lovely and engaging, and all of our  guests felt the same way. 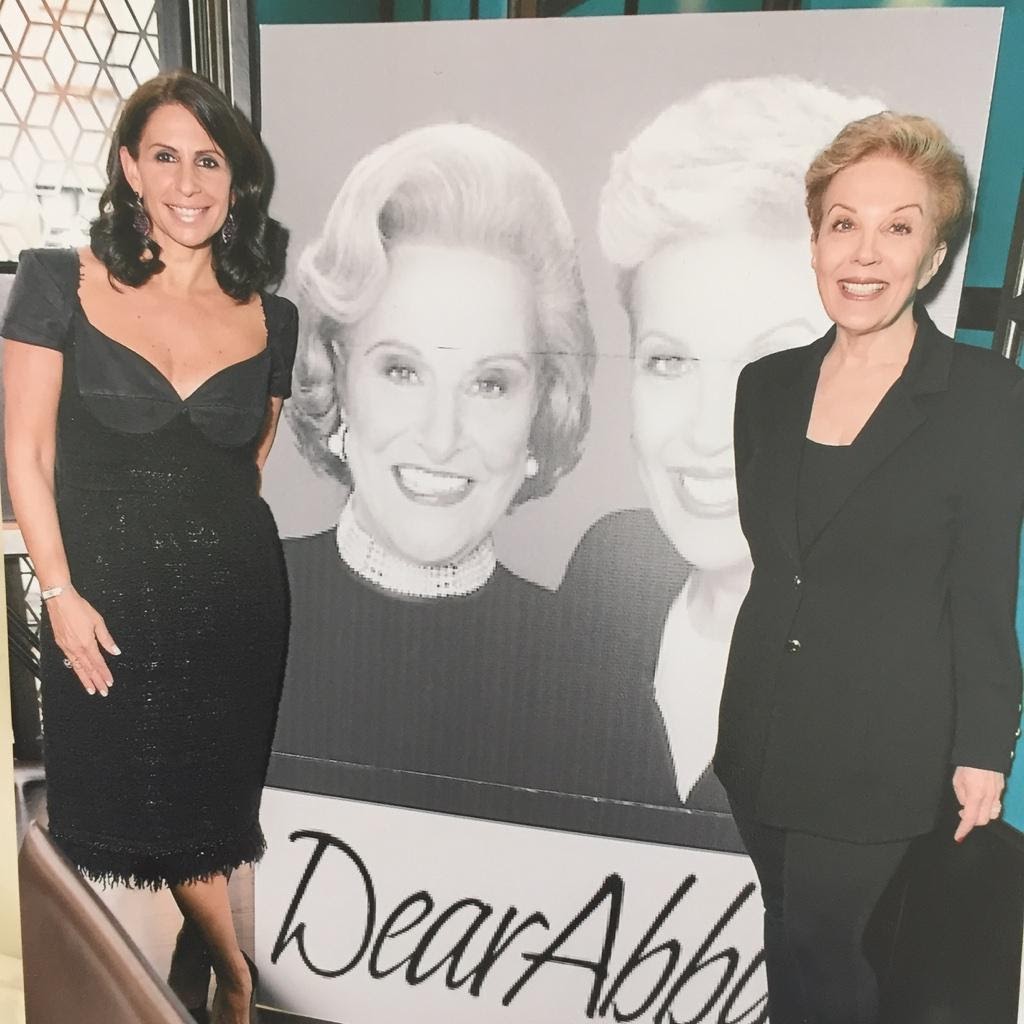 The intimate dinner at Hakkasan included clothier Wilkes Bashford and Philanthropist Dagmar Dolby whose husband had recently passed away from Alzheimer’s complications. I decided the best party favor would be a step and repeat where each guest could take a photo with the columnist – the perfect keepsake!  But Hakkasan was kind enough to treat us all to chocolates in mini take-out containers.  Years before I had purchased some City of Paris ribbon and I used it to complete the look.  The department store was a gorgeous neoclassical building just steps away from our party.  The invitation stamps were personalized and said:  ADVICE.  We played a “How well do you know Pauline Phillips game?” To do this, I looked up some of her mother’s most popular columns.  For example:  “Dear Abby, what inspires you to write most?  Ted.  “Dear Ted, the IRS.”  Like I said, practical advice. 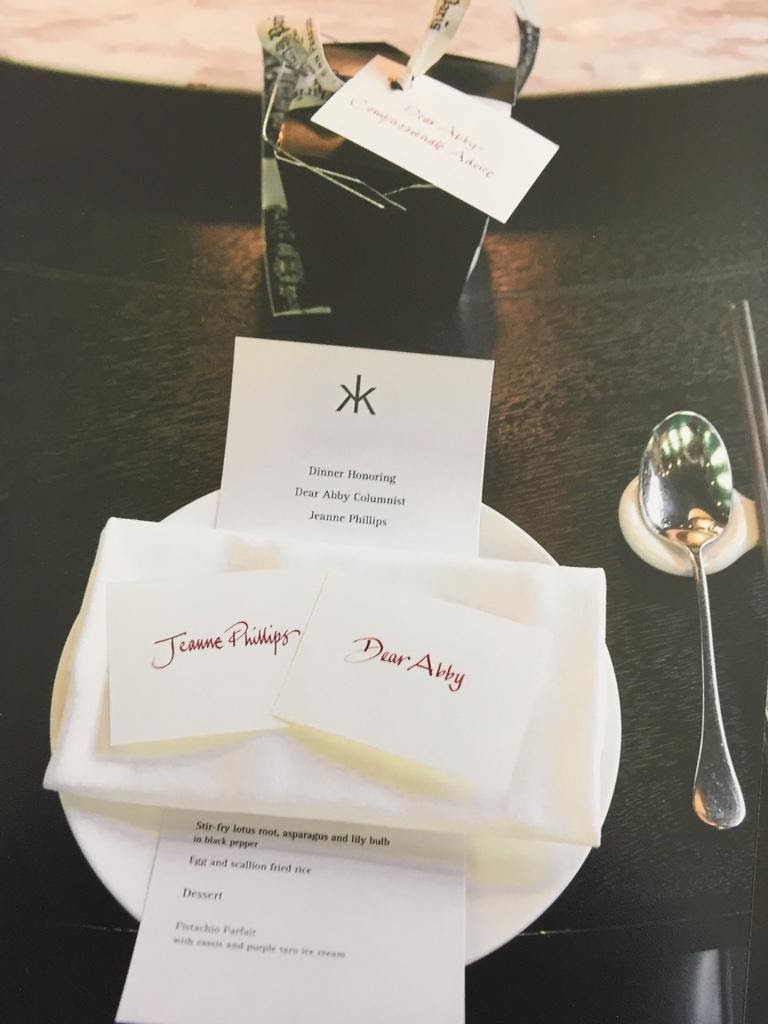 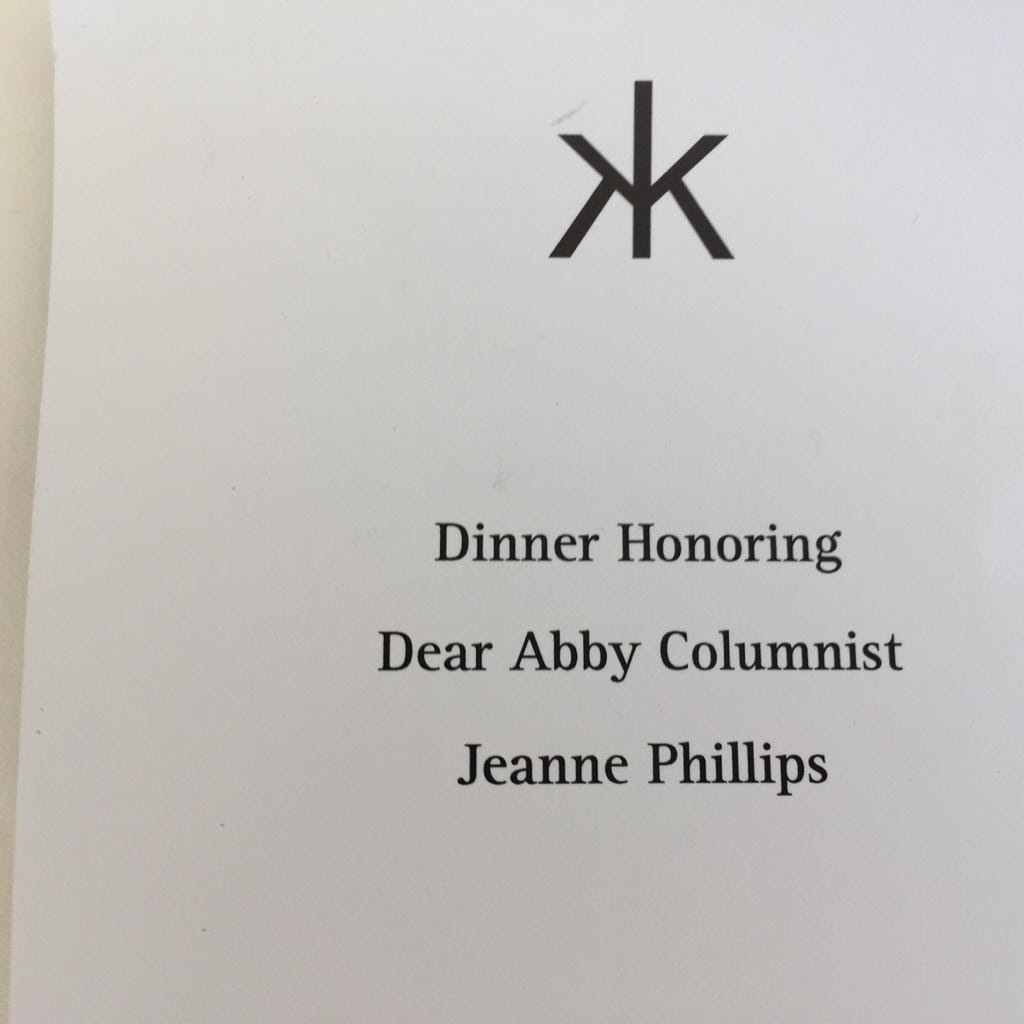 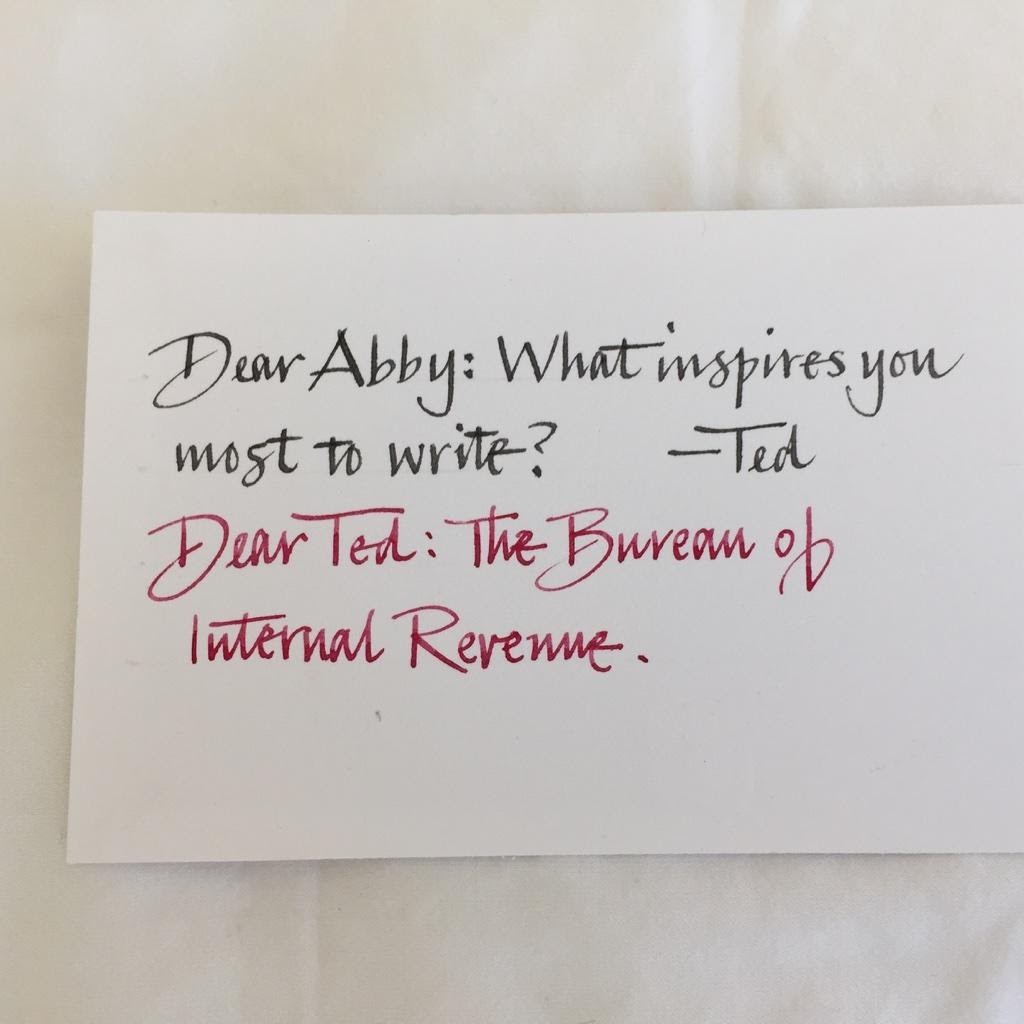 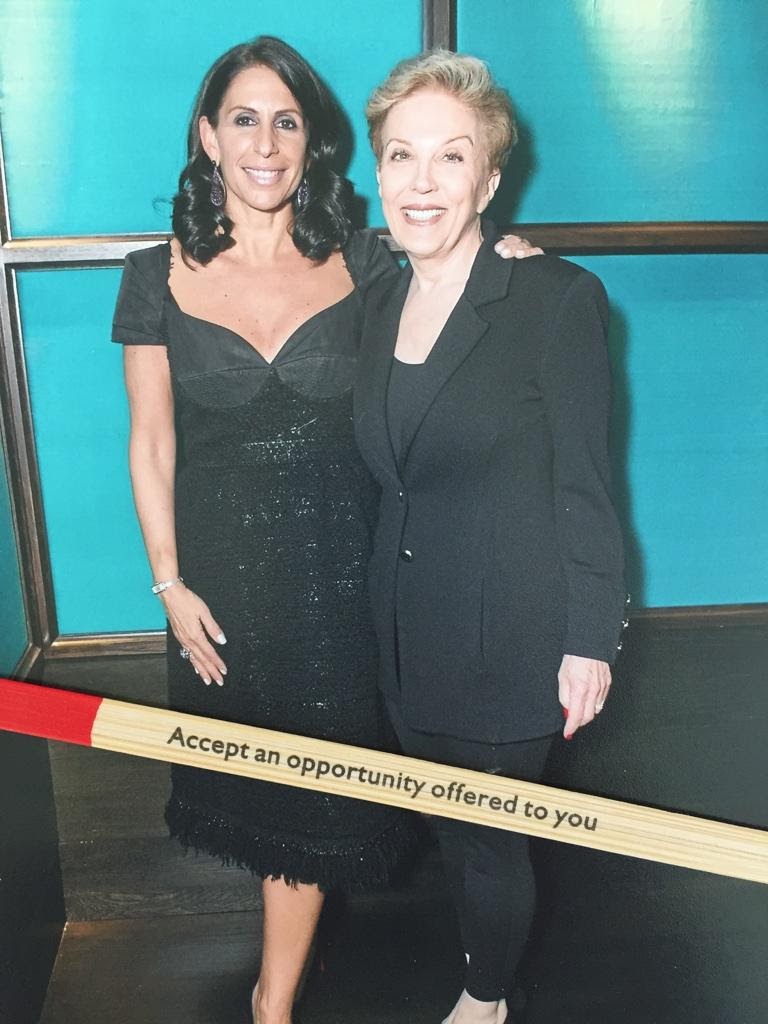 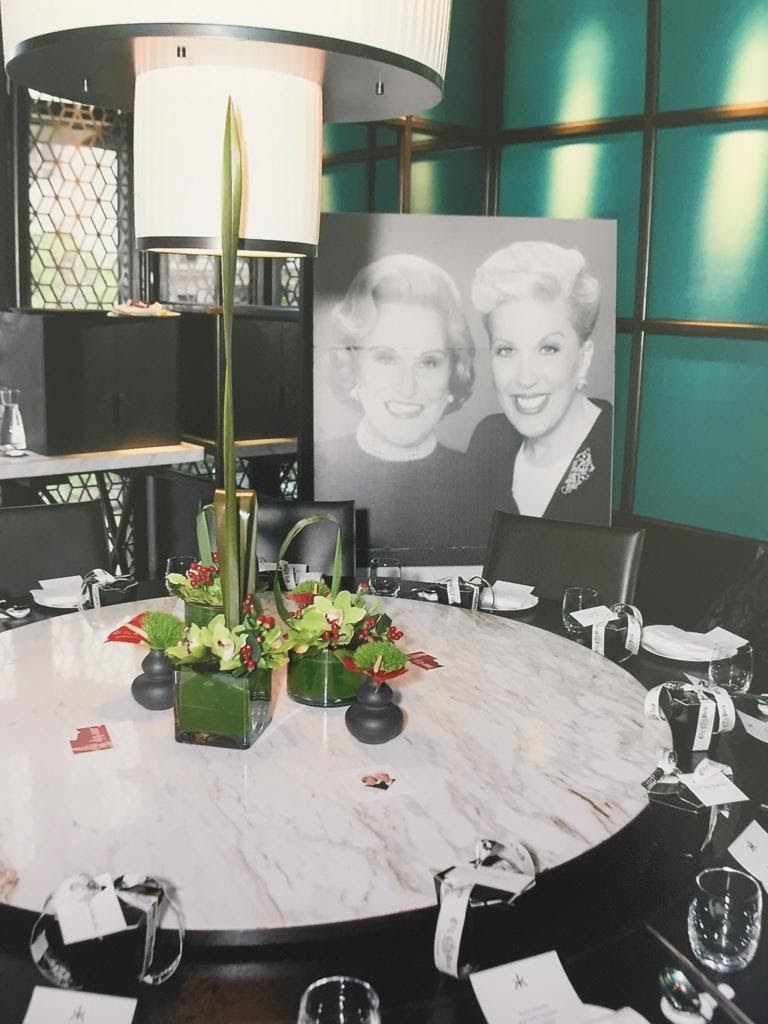 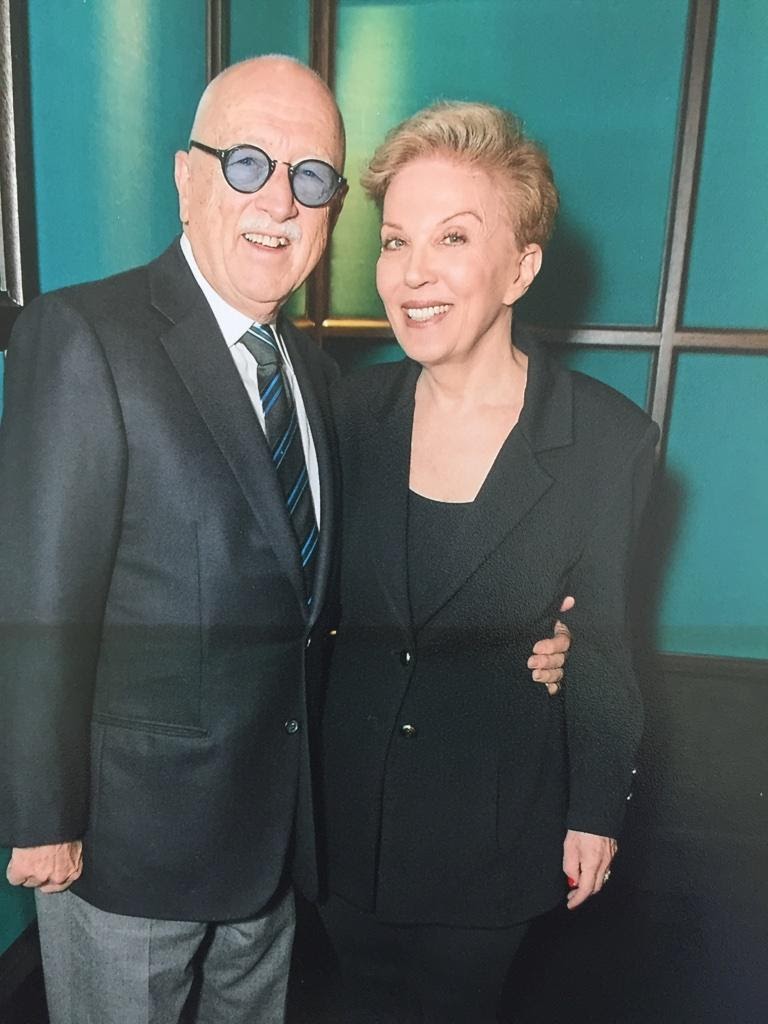 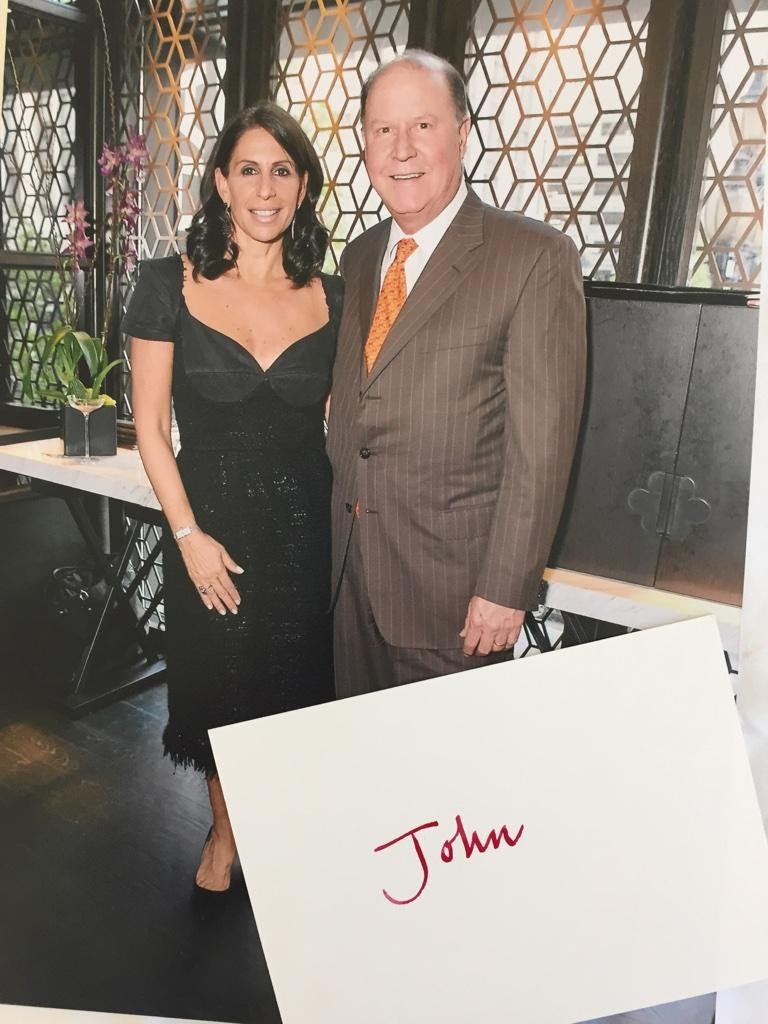 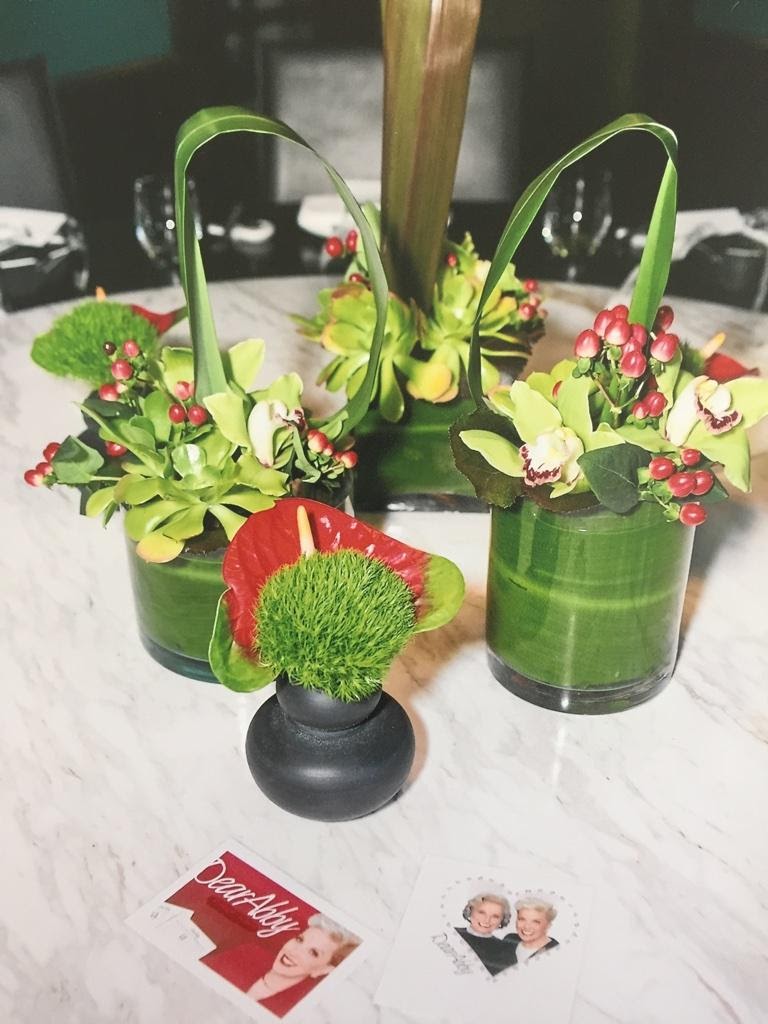 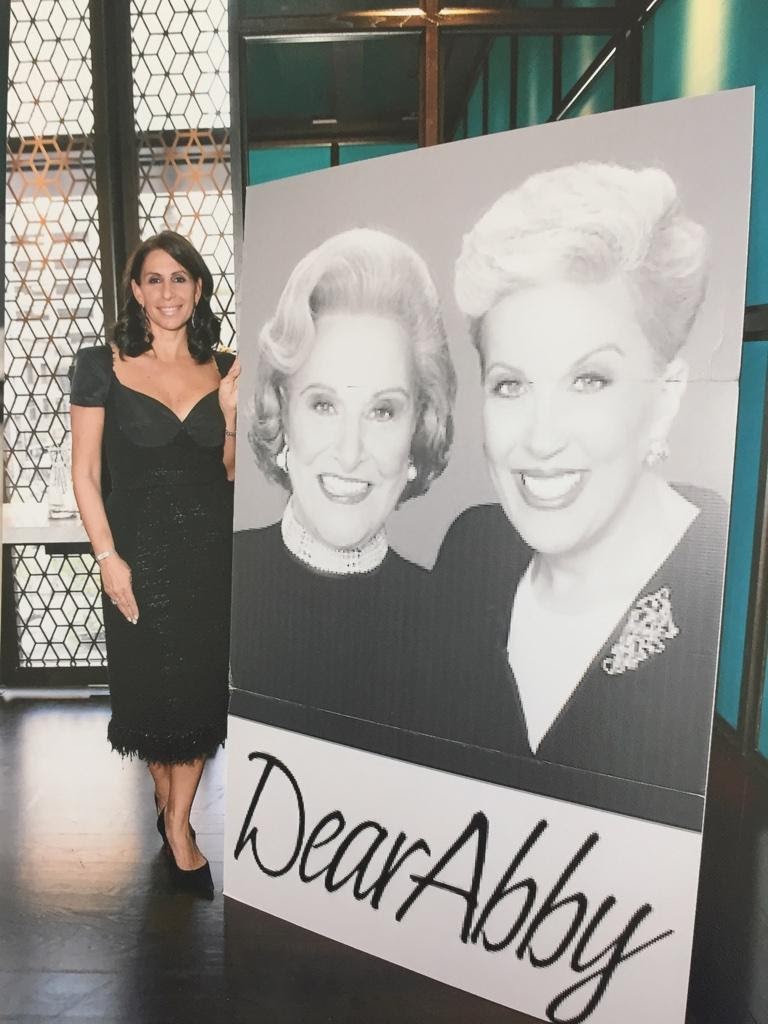 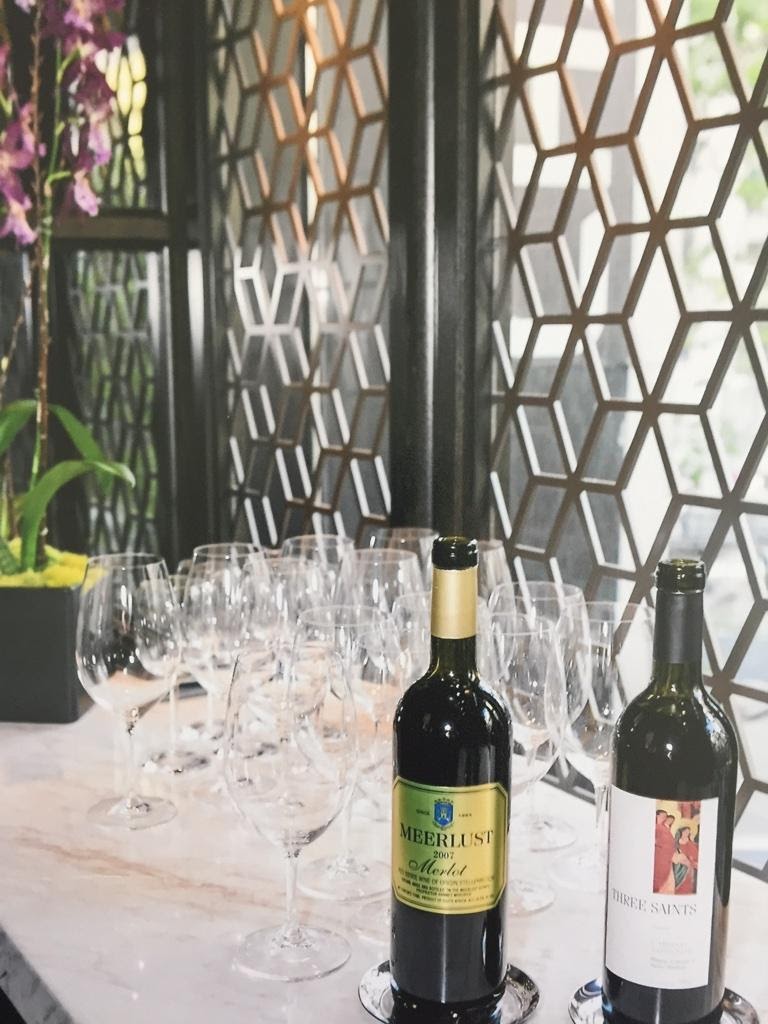 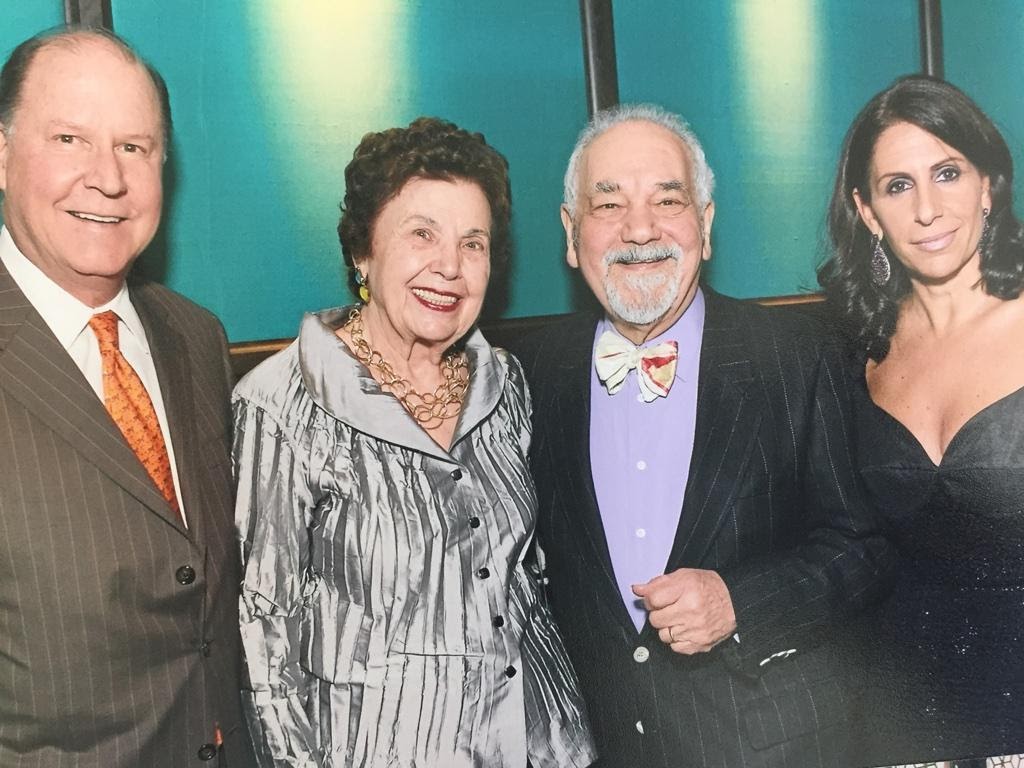 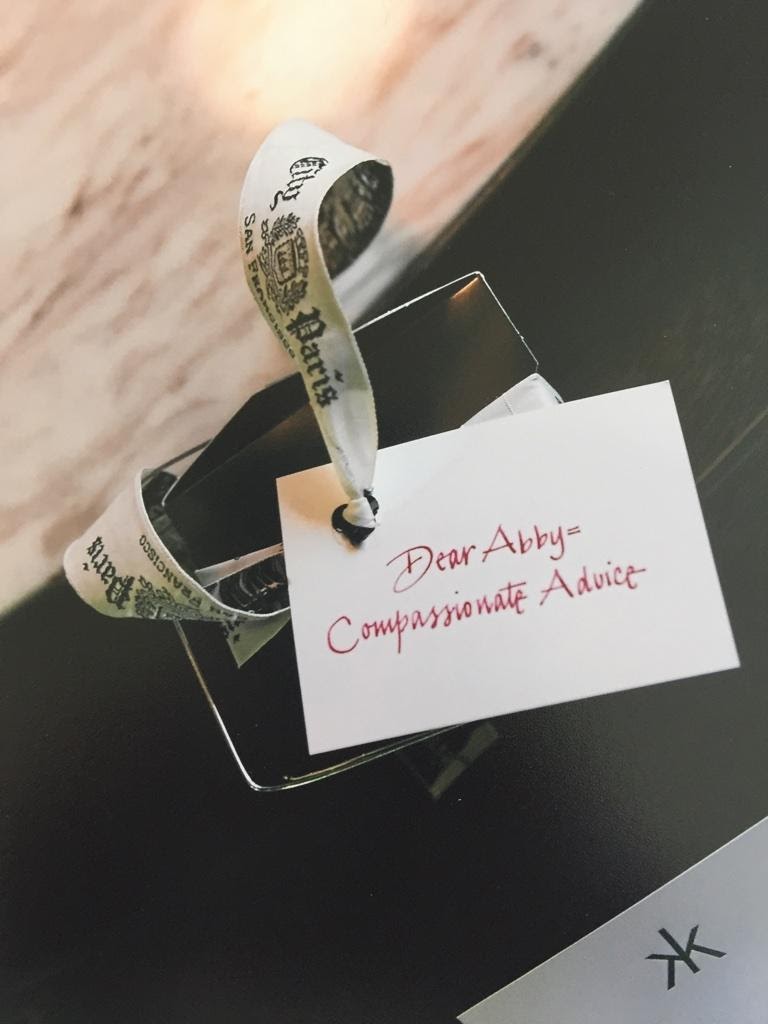 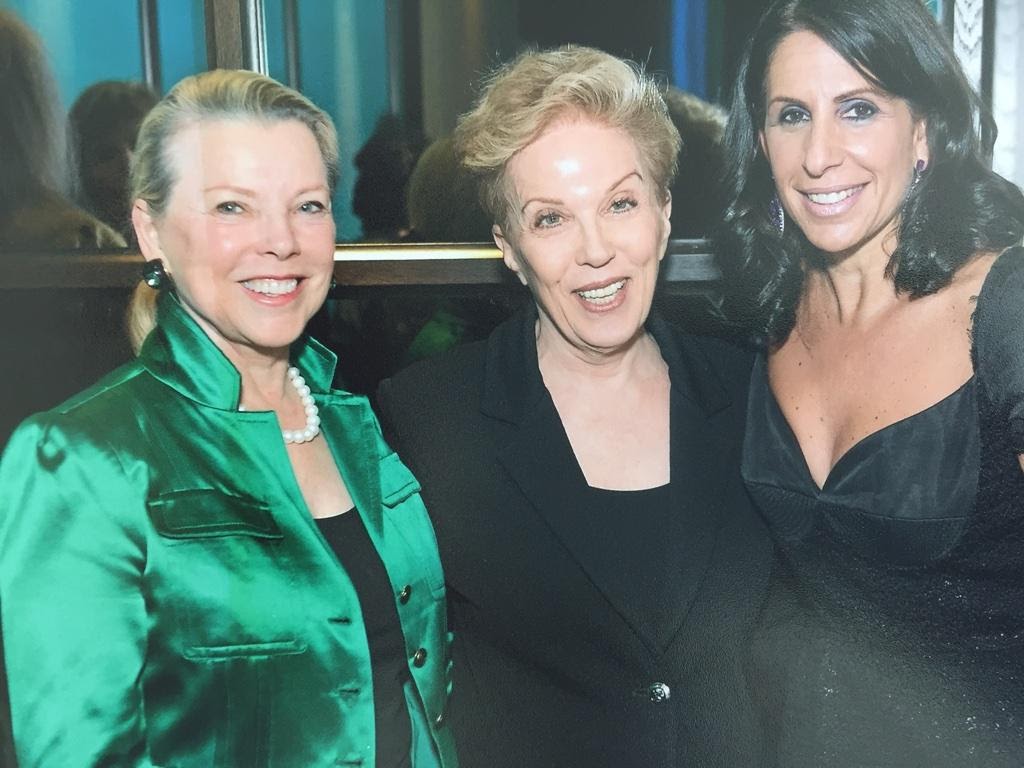 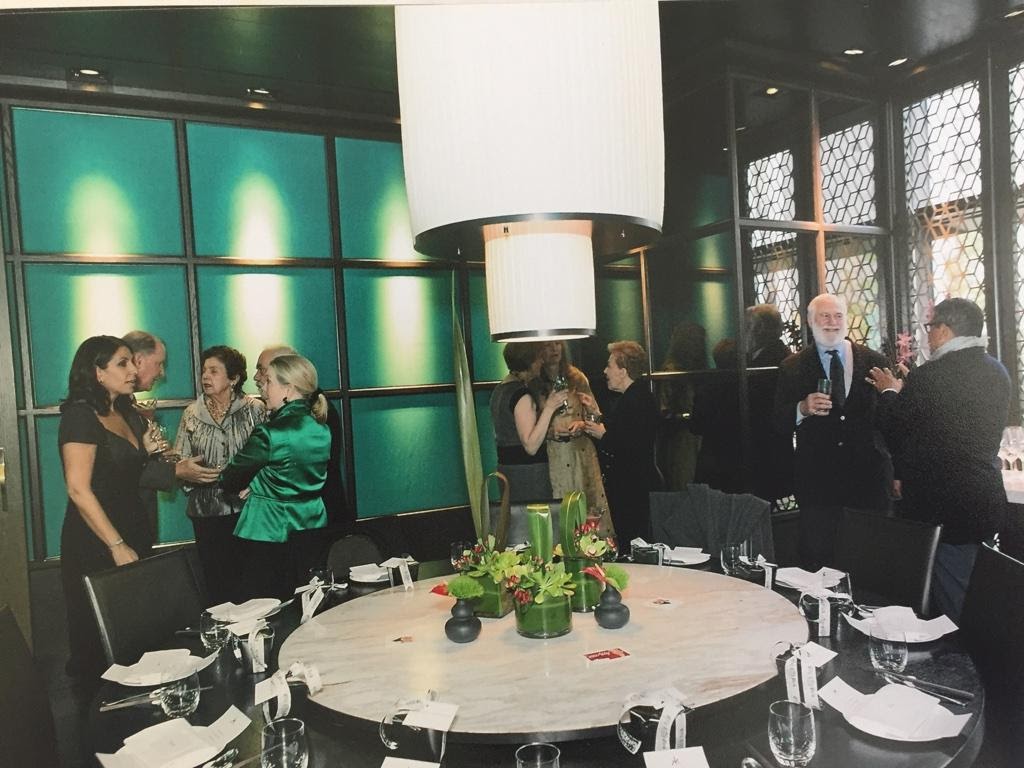 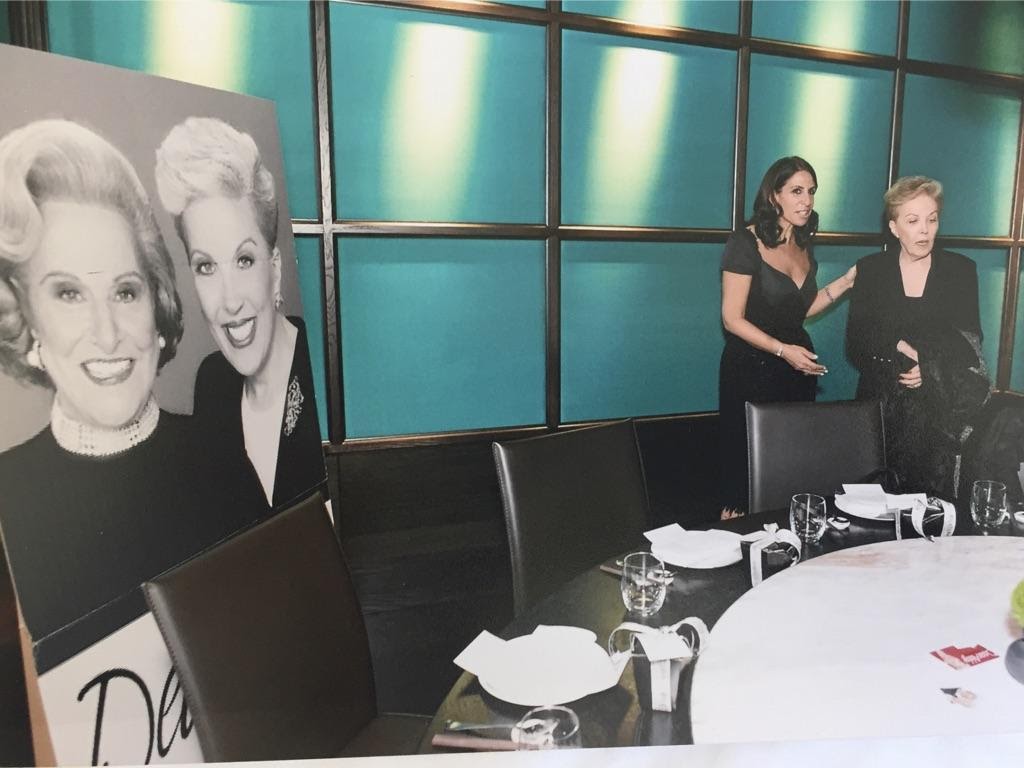 What I remember most about the night is one of our servers who was over the moon about meeting Dear Abby. Growing up her family couldn’t afford therapy, so instead she read her column every day, and the advice was her therapy.  Dear Abby was full of compassion for her, listened intently to her story, and then they took a photo together.  I sent it to her after as a thank you for her service.   It was an honor to have planned and executed this party, and Dear Abby was a delightful guest of honor in every way.  I also read her daily column and have  for many years. 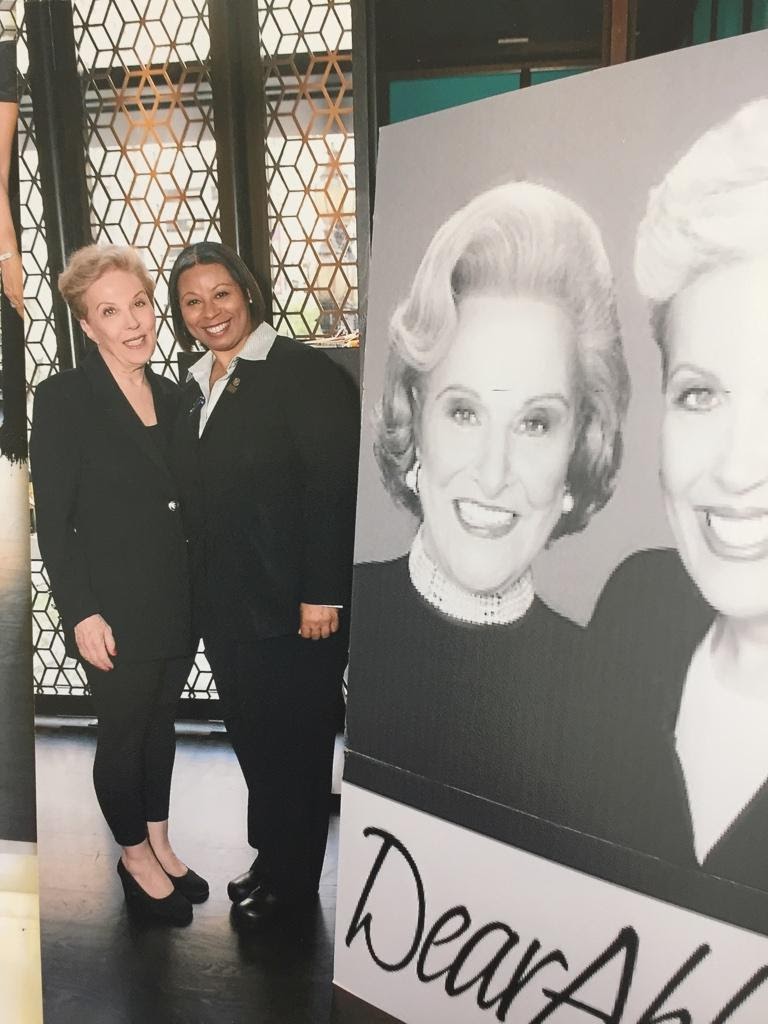