Friendships can be tricky, and social media only adds to the false allure that my life is better than yours because of a posting while in Paris. Of course, you were in Paris, Texas, but online perception has become the new reality.

Friendship is a two-way street, and some people are better at keeping in touch than others. IMHO, texting and acronyms have replaced interpersonal conversation, which often leads to misinterpretation. It’s vital not to jump to conclusions without first knowing all the facts.

If a friend sees your post and reacts, don’t overreact. We are all entitled to a “post” without unfriendly repercussions. But in our digital age, it seems that we cannot make a move without being followed 24/7.

Friendships go through highs and lows, peaks and valleys. This is one situation where it pays to think like a politician: remain in the gray even if you live in the windy city. Be kind, so you don’t have to rewind and answer with a ‘fake nice’ as in being vague to spare hurt feelings. If your friend is a true friend (real vs. virtual), they will stay with you through the good times and the bad and understand your strengths and weaknesses. 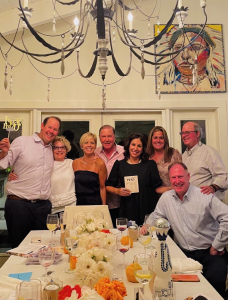