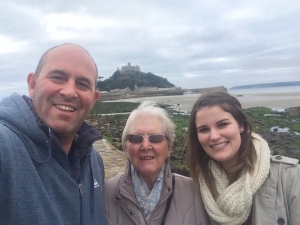 If you think living like a royal is easy, think again.  Being part of The Firm requires a lifetime commitment to rules and more rules.  Could you do it? I have asked myself that question time and time again just in case a prince asked for my hand in marriage, but then again I’m already married to Prince Charming.

I was not part of that royal birth club, but immersing myself in their culture I have learned some fun facts about the British royals:

Since moving to London in April, it’s been a joy to live like a local, from the tasty but caloric clotted cream on scones to Guinness beer in pubs where the crowds runneth over into the streets.  I became a card-carrying member of Boots pharmacy (owned by Walgreens).  I shop like a local at Marks and Spencer Simply Food and Waitrose where one can purchase Duchy Originals, HRH Prince Charles organic food products.  In the US we would say that they’re Delicious, but when in Rome, it’s Quite Tasty Indeed.

As for coffee, well, this is one area I was worried about, but it turns out that our flat is right next door (and I do mean next door) to the best coffee in London.  Cha-Ching!  My punch card was full on week two.

In London I have made new friends and reconnected with old ones.  My college semester aboard was spent at Oxford and I also lived with a family for one month in Cornwall by the sea.  Thanks to Google, I tracked down my home stay family and we have since been in conversation.  It took but one phone call to melt away thirty seven years.

For now, I am enjoying what it’s like to live in a foreign city where English is the first language albeit very different.  Grilled cheese is a toastie; Vests are waistcoats; Arugula is rocket;  Bank holidays are national holidays;  Courgette is a zucchini and the list goes on.

How To Announce A Birth, Royal Or Otherwise